You are here: Home / Productions / The Family Frying Pan 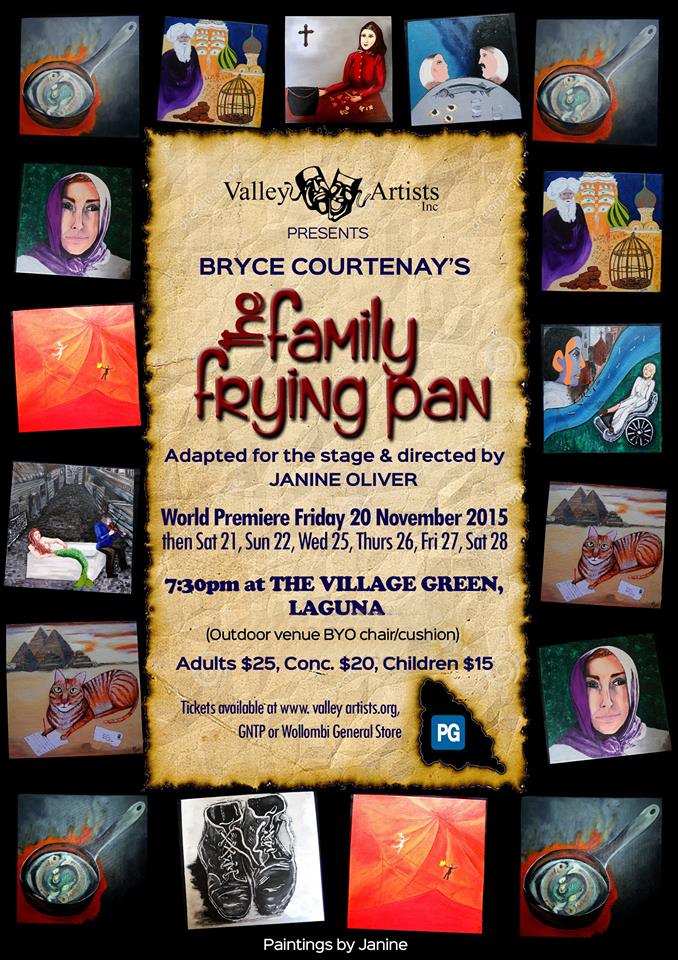 Adapted for stage by Janine Oliver

A Recipe for Drama

Bryce Courtenay is renowned as one of Australia’s all-time best-selling authors and a great storyteller. Before he passed away in November 2012, Valley Artists’ Janine Oliver was thrilled to receive his blessing to adapt his novel The Family Frying Pan as a play.

Four years in the making, and with serious health problems intervening, Janine’s adaptation premiered on November 2015 at The Village Green, Laguna, with Janine (The Wind in the Willows and A Streetcar Named Desire) directing.

Chillingly relevant today, The Family Frying Pan centres on a group of people fleeing their homeland in search of a better future. It is the early 20th century and Russia is in the grip of social upheaval and early revolutionary agitation. Famine is widespread, ethnic minorities, especially the Jews, are being subjected to systematic persecution and those perceived as disloyal to the state face banishment to Siberia and certain death. Set against this unforgiving backdrop, the refugees’ journey out of Russia is an incredible tale of courage, determination and humour against all odds.

The Family Frying Pan is based on a true story about a member of Courtenay’s family who survived the pogroms against Russian Jews, fleeing her village carrying a frying pan on her back. On her long trek to safety she gathered together an eclectic group of fellow outcasts. “Mrs Moses” eventually found her way to Australia and settled in Bondi.

Performances of The Family Frying Pan took place under the stars. The audience traveled with the refugees as they gathered around their evening camp fire, making music and telling their stories about what had brought them on their desperate journey. Although they come from all walks of life and social classes, these travellers had been thrown together with one goal in mind: freedom and peace of mind. Their stories of human frailty, hardship and survival were by turn tragic, romantic, hopeful, fanciful, sometimes comical, yet they were always inspirational. 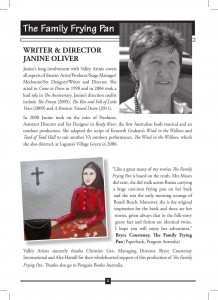 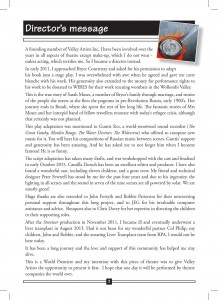 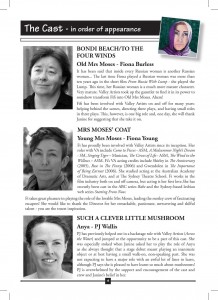 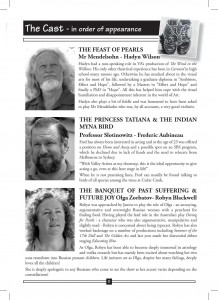 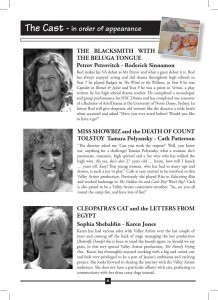 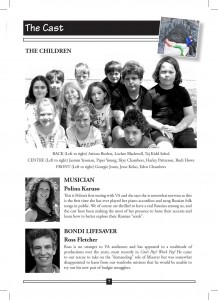 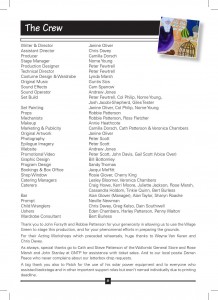 The God Of Carnage
Scroll to top