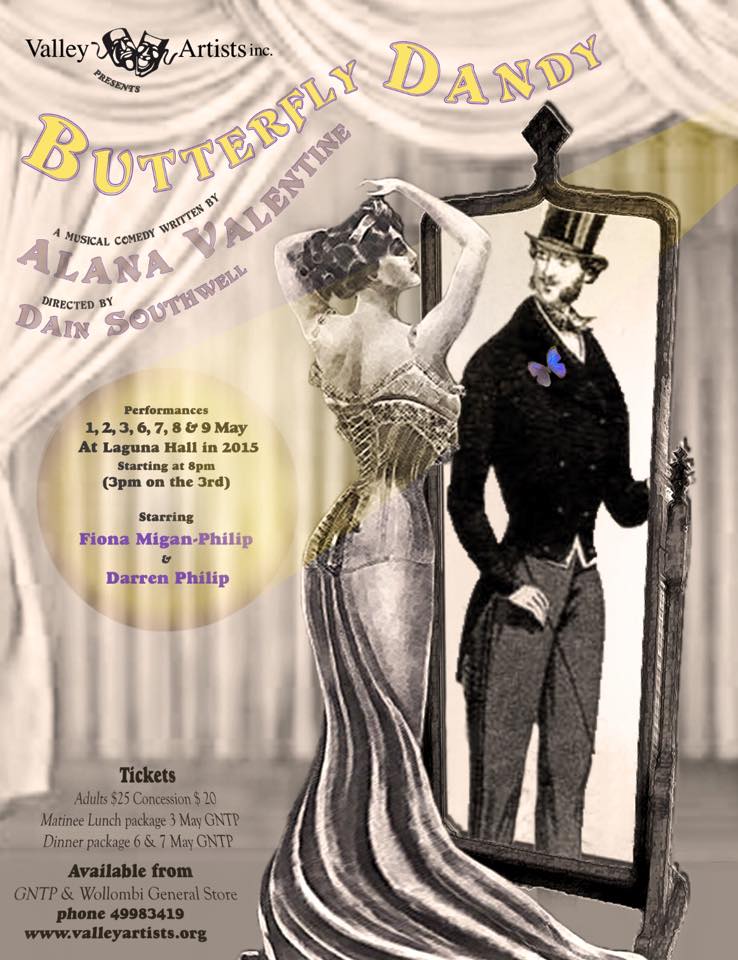 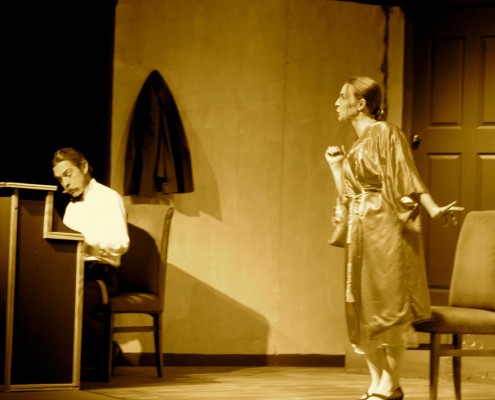 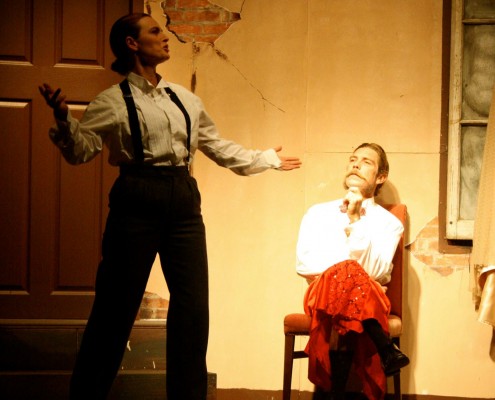 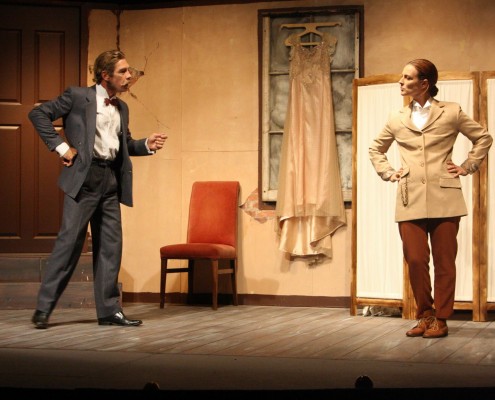 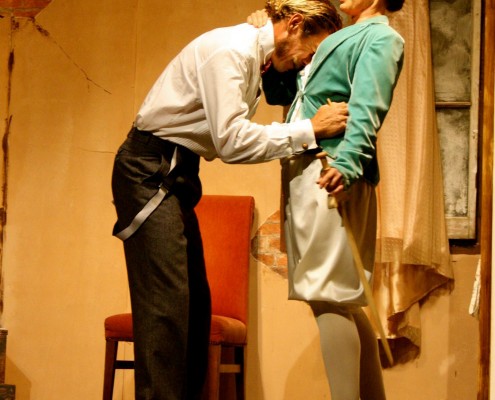 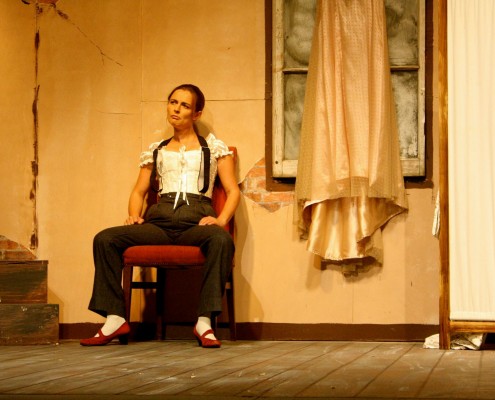 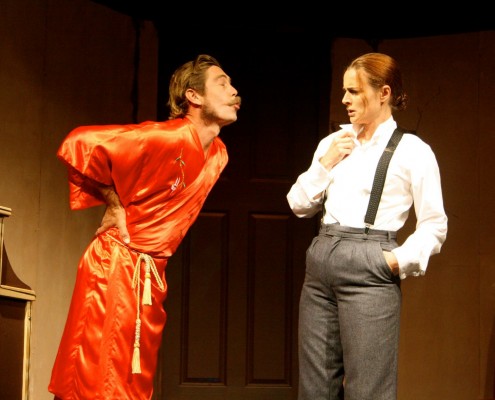 Miss Mirabella is an ageing vaudeville soubrette in 1905.  She yearns to be part of Mr Harry Rickards’s Tivoli group; yet she knows, deep down, that she will need to do something new and different to attract his attention.

She would rather not take advice from her accompanist Tommy; but she will.

Fiona Migan-Philip is a perfect Miss Mirabella.  She is all soubrette, but one who faces reality:  soubrettes are “all 16” these days, and she … isn’t.

With great reluctance, she agrees to Tommy’s suggestion that she change her spots, and become a “pantomime boy” … or a male impersonator …

There are a number of quick changes as Mirabella tries on her new persona.  Tommy offers his own trousers, and the mime sequence of Mirabella attempting to get into them, and walk in them, is priceless.

Tommy could have been played as a simple foil for Miss M.  Darren Philip does much more with the part.  Tommy has depth and subtlety; indeed, his quiet determination (which achieves his aim of turning Miss Mirabella into the Butterfly Dandy) has almost feminine qualities:  he is understated but determined, he persists, he gets his way.  He looks well in a red satin skirt, too.

This is Fiona’s first stage role, and she is outstanding.  Her voice is a delight.  She is funny, confident, then insecure; determined, then self-doubting.  She asks Tommy for ideas, spurns them, returns to them.  It’s not an easy part; she masters it.

Underlying the discussion of how to change and re-invent Miss Mirabella, is the question of the period:  the place of women in society.  In 1905, women have just achieved the vote … but who are they?  Does the women’s vote mean no more than “two votes for a married man” – or does it rock the previously solid foundations of men’s belief that women are decorative, useful, and not much else.  Do they “cogitate”?  Miss Mirabella explores the concept – among others.

Costumes are critical; Mirabella changes often, Tommy less but occasionally.  There are some quick changes, which can be tricky.  Lynda Marsh (Costume Design & Wardrobe) has created not only lovely and period-perfect costumes, but has made them (when required) easy to shed and replace.  Sounds simple?  It isn’t.  Careful design and attention to the smallest detail makes it work.

The play as written has lyrics to the fifteen songs, but no music.  Here Valley Artists have exceeded themselves.  Clare DiNatale (Song Development & Vocal Coach), Jason Tyler (Song Development & Lead Piano) and Andrew Ross (Musical Consultant) have created the music which is essential to this production, and which perfectly supports the story, the period and the characters.  It’s a tour de force, this music; a remarkable job which deserves to be a permanent part of this musical comedy.

This is Dain Southwell’s debut as director.  The production is thoughtful, witty, often hilarious – and there is depth, and a conscious look at the matter of women’s place in society.  The ability to weave this discussion into a musical comedy is a feat.  An excellent debut.