You are here: Home / Productions / The Complete Works of William Shakespeare (abridged) 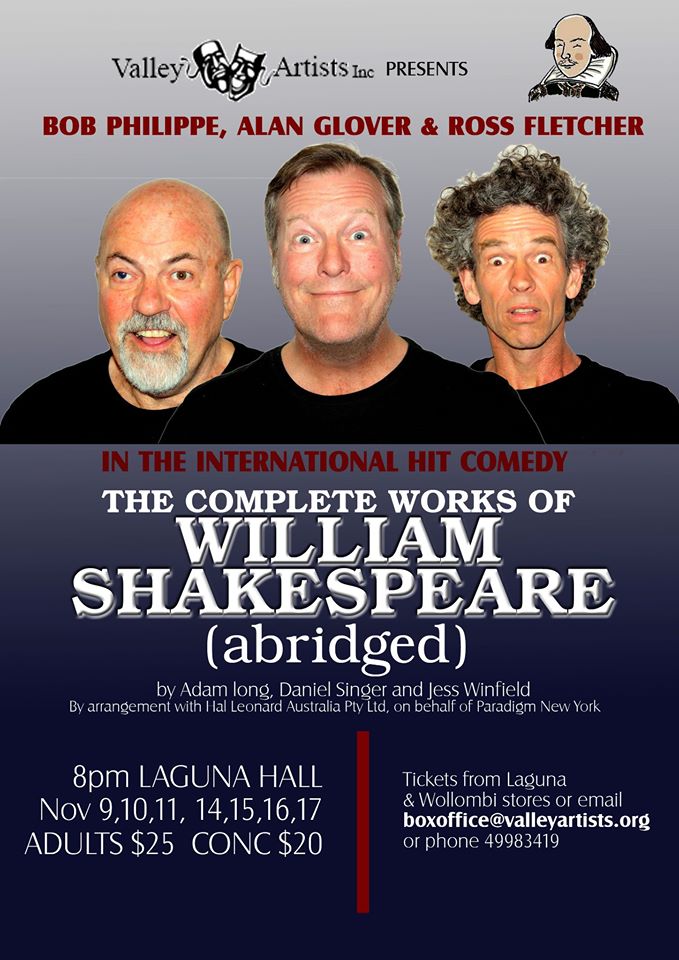 This was a high-speed, outrageously hilarious show that was an absolute MUST SEE

Alan Glover, Bob Philippe and Ross Fletcher can do good quality serious theatre. However, they can also be very, very silly – and in this production of ‘The Complete Works of William Shakespeare (abridged)’ they were very silly indeed. Gags, puns, double-entendres, cross dressing, silly voices, involuntary audience participation, a puppet show, madcap mayhem and every other comedic device they could pull out of their formidable repertoire awere employed in this production. Anyone who saw the sneak preview of ‘Othello’ These three just can’t help being funny. It’s in their bones .

On behalf of Paradigm, New York

The Golden Ass
Scroll to top