You are here: Home / Productions / K2 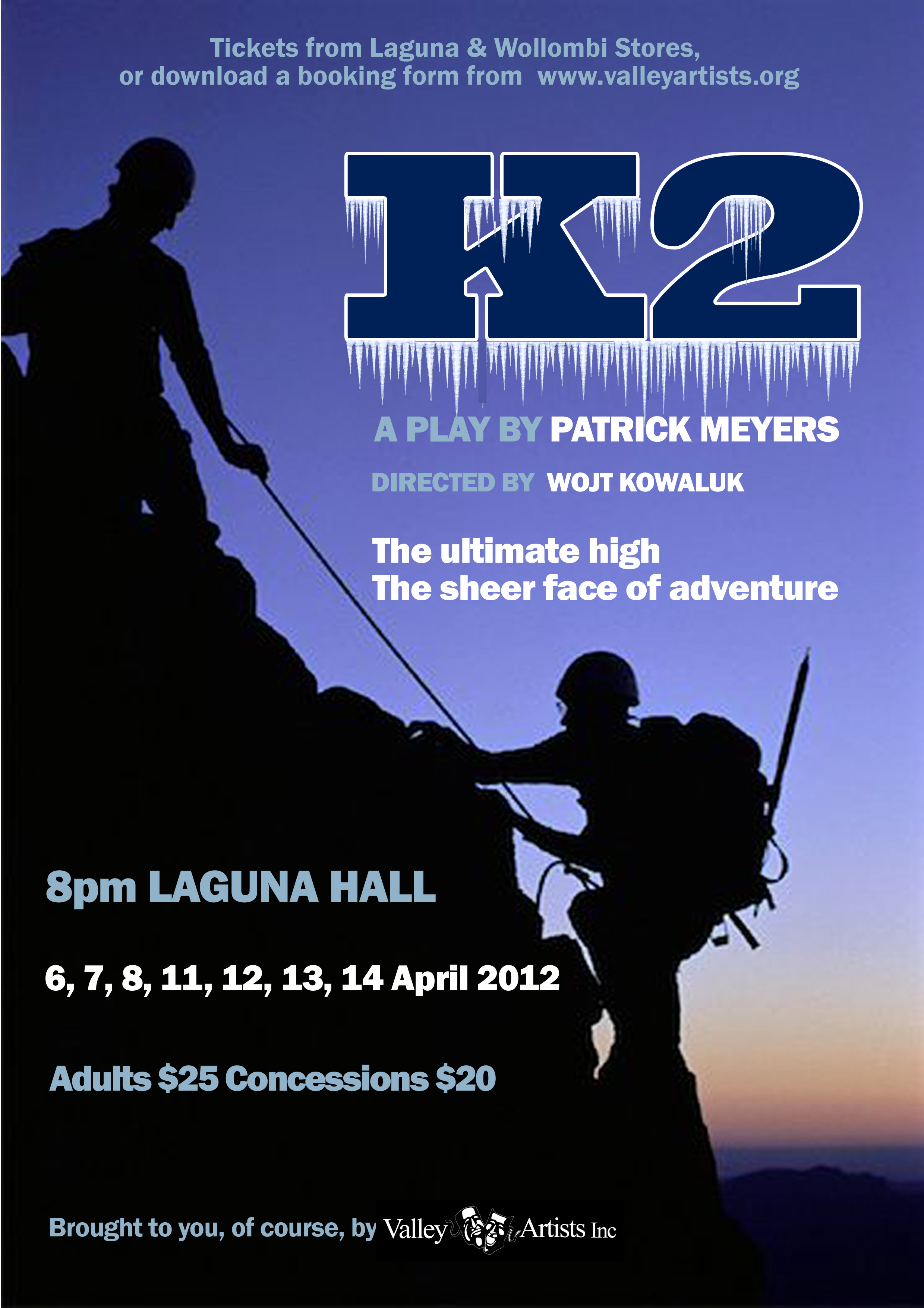 With performances from Dain Southwell and Wojt Kowaluk

Have you ever thought of building a mountain in Laguna Hall? Probably not. That’s what Valley Artists did for their first production for 2012. K2, the mountain, is the second-tallest peak on the planet, rising to an elevation of 28,251 feet on the border between Pakistan and China. K2, the play, is a 75-minute harrowing tale of two mountain climbers who are stranded on a ledge at 27,000 feet. After an accident leaves one of the men with a severely broken leg, the two survive the night only to confront the fact that they do not have the necessary equipment to rappel to Base Camp safely. K2 is the story of two contentious friends and their struggle to solve an impossible problem. It is a tale of friendship and morality, of love and mortality, of climbing, quantum physics, and the search for God. K2 is known as the Savage Mountain due to the difficulty of ascent and the second-highest fatality rate among the “eight thousanders” for those who climb it. For every four people who have reached the summit, one has died trying. In essence K2 is an old-fashioned melodrama, the kind of spectacle, as one New York drama critic said, that must have attracted people to the theatre in the old days.

The Complete Works of William Shakespeare (abridged)
Scroll to top