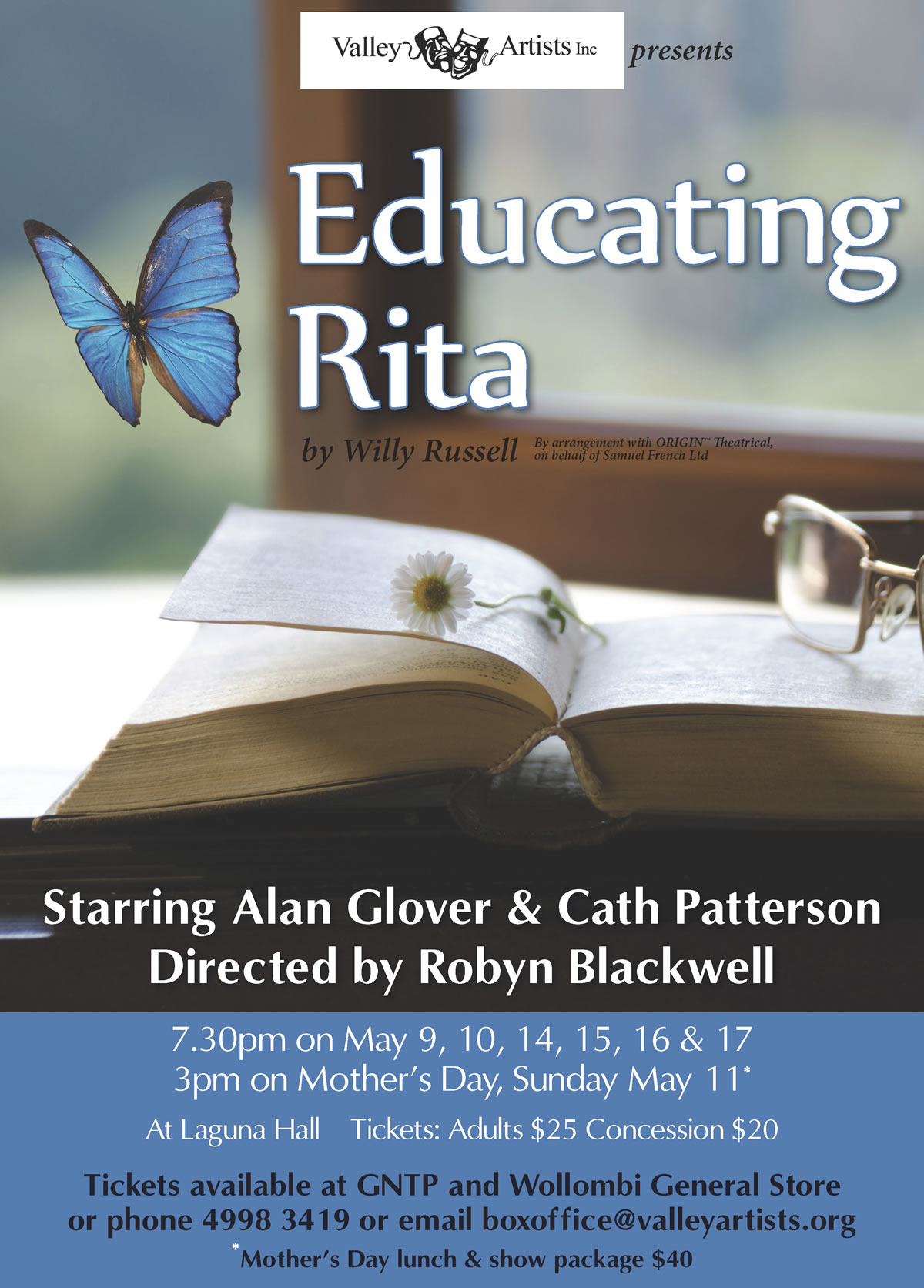 Familiar to many through the Oscar-nominated movie starring Michael Caine and Julie Walters, Educating Rita is set in the 80’s in a northern English university and traces the powerful story of a woman’s journey of learning. Rita is a young hairdresser who seeks escape from the routine of her job and social life, enrolling in an Open University English Lit course. Her tutor is Frank Bryant, a jaded, middle-aged academic with a fondness for the bottle. Frank has misgivings about Rita’s ability to adapt to academia but is won over by her refreshing enthusiasm and brash sincerity. Over the course of a year these two beautifully drawn characters have a profound effect on one another.

Valley Artists used Russell’s revised play script which many may not have seen and audiences can expect the high production values for which the company is so well regarded. Robyn Blackwell, no stranger to the VA stage herself, made her directorial debut with Educating Rita. Cath Patterson, who sings regularly with the Central Coast’s women’s harmony group Coastal a Cappella, made her acting debut as Rita. Frank Bryant is played by VA stalwart, Alan Glover. Alan is a renowned Hunter Valley stand-up comedian who works in television, film and radio and is a regular on the national festival circuit.

Frank Bryant
Alan Glover
Alan is a renowned Hunter Valley stand-up comedian who works in television, film and radio and is a regular on the national festival circuit.  END_OF_DOCUMENT_TOKEN_TO_BE_REPLACED
Across the Water