You are here: Home / Productions / Diving for Pearls 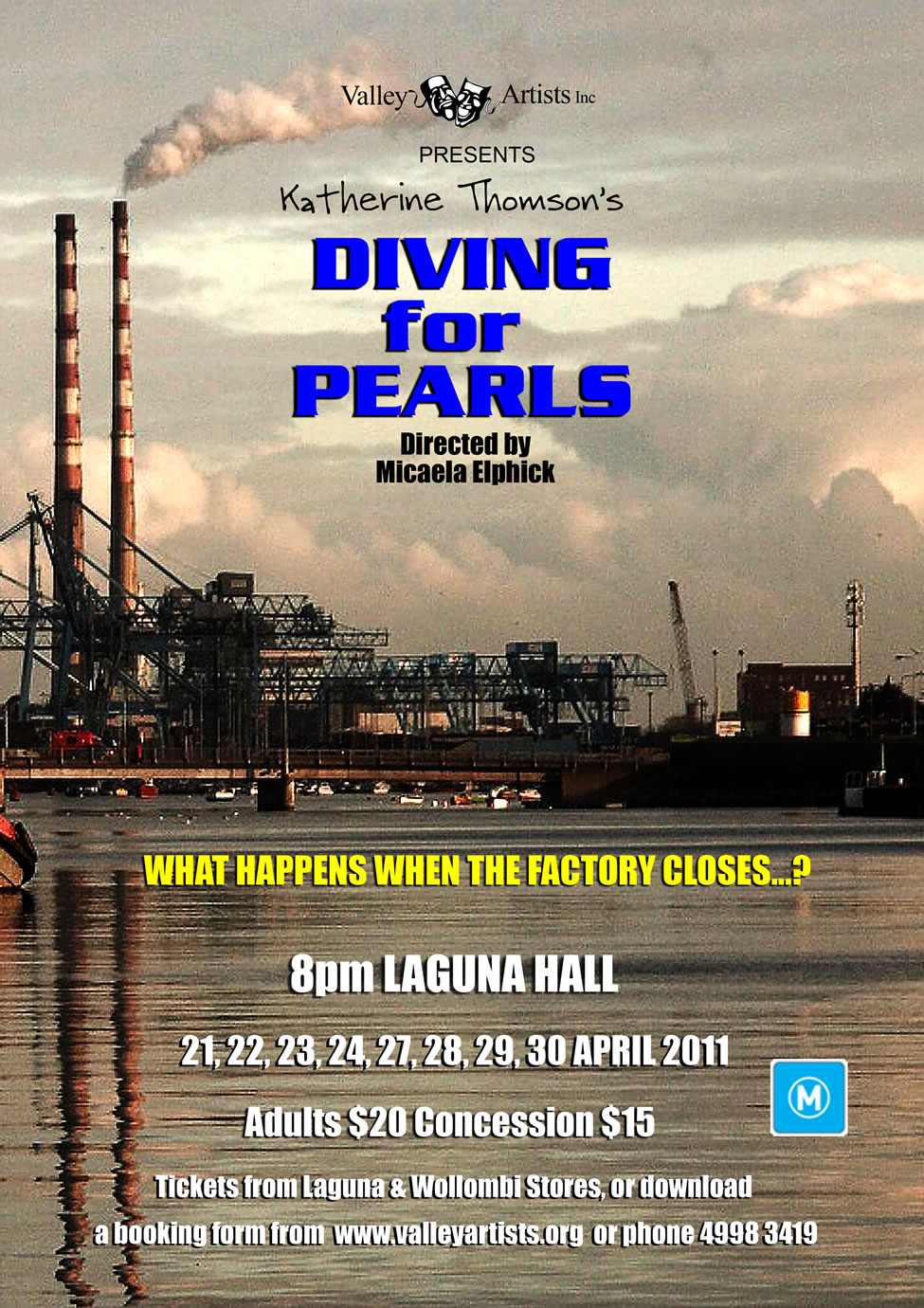 This cleverly written play about restructuring and redundancy in working class Australian towns kept audiences glued to their seats as the characters unraveled their stories with great Aussie colloquialisms – and the odd bit of swearing!

Diving for Pearls is a very rich piece set around the closure of a steel mill in a coastal industrial setting in the early 90s, not because the mill is inefficient or the company is running at a loss, but because the site has become valuable, prime real estate.

Den, the quiet plodder, is now facing an uncertain future – he doesn’t want to change – Barbara (his first love) does. The problem is that her ambitions are unrealistic.

‘…and I don’t mind Housing Commission, I never have, but we’ve all lived in each other’s pockets for too long. I’ve won every prize at bingo, I’ve borrowed every decent video, and I’m starting to go off the football…’

In Diving for Pearls, Katherine Thomson explores hope, loss, ambition, greed and the triumph of character in adversity, “I didn’t want to write about victims.”

Although it is at times confronting, there is a lovely, very Australian humour that comes from the difficult situations the characters find themselves in and the way they deal with those situations.

‘A play about change and how we cope with it.’ – Dr Tess Brady