You are here: Home / Productions / Deathtrap 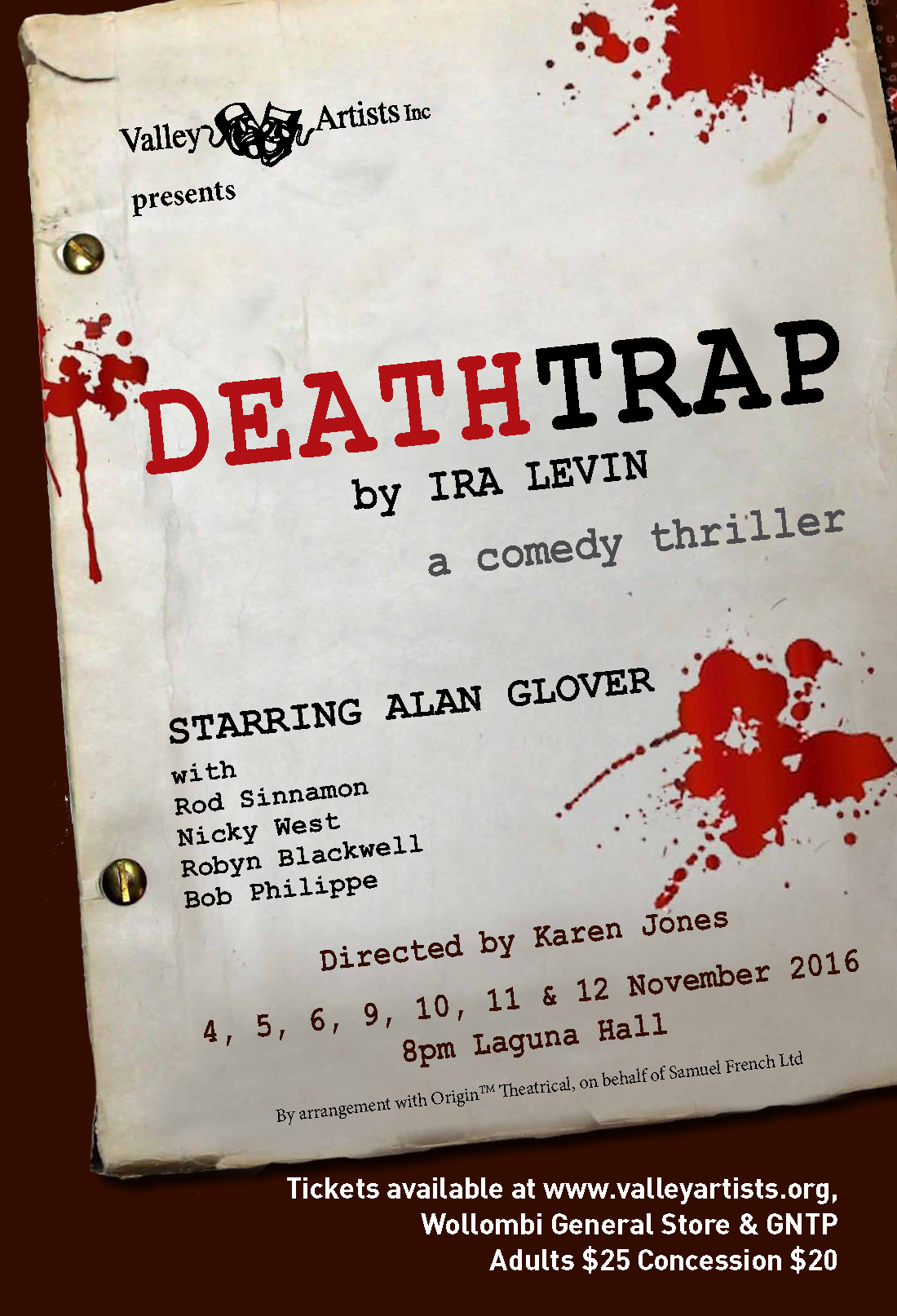 The line between truth and deception is not a straight one – and none more crooked than in Ira Levin’s Deathtrap. First staged in 1978, Deathtrap holds the record as the longest running comedy thriller on Broadway. This ingenious take on crime has constantly been in production since its first run and it’s obvious why. It’s funny and frightening and has enough surprises and comedy to keep audiences intrigued to the very end.

A play about a play within a play, Deathtrap followed the desperate last grasp for fame of ageing playwright Sidney Bruhl, who happens to be struggling with chronic writer’s block. Valley Artists’ truly stellar cast was headed by Alan Glover in the title role of Sidney. When a former student, Clifford Anderson (Rod Sinnamon), sends him a script of his first play, a masterful whodunit called Deathtrap, a rollercoaster chain of events ensues. Those swept up included Sidney’s wife (VA newcomer Nicky West), his lawyer (Bob Philippe) and a mysterious Dutch psychic (Robyn Blackwell). Brilliantly conceived and masterfully constructed, with plot twists galore, Deathtrap was a very funny thriller.

Karen Jones, no stranger to VA audiences, made her directorial debut with Deathtrap, ably supported by an experienced backstage crew including Stage Manager Rosie Glover and Tech Director Andrew Jones. With a brilliant set design by Giles Tester and his creative team, the production proved to be a blockbuster.

Star Alan Glover has been a professional stand-up comedian since 1983 and has taken his humour around Australia and the world. He acts and writes and five years ago pioneered humour therapy in Aged Care with the Arts Health Institute. Alan is no stranger to this brilliant play, having undertaken the role of the younger playwright Clifford some 33 years ago. Alan says “Ira Levin is the cleverest of writers. Deathtrap rushes ahead of itself then doubles back over and over again. It thoroughly explores the thriller genre but with such a sense of humour the audience will be laughing and screaming in equal measure.”

The Business
Scroll to top