You are here: Home / Productions / A Streetcar Named Desire 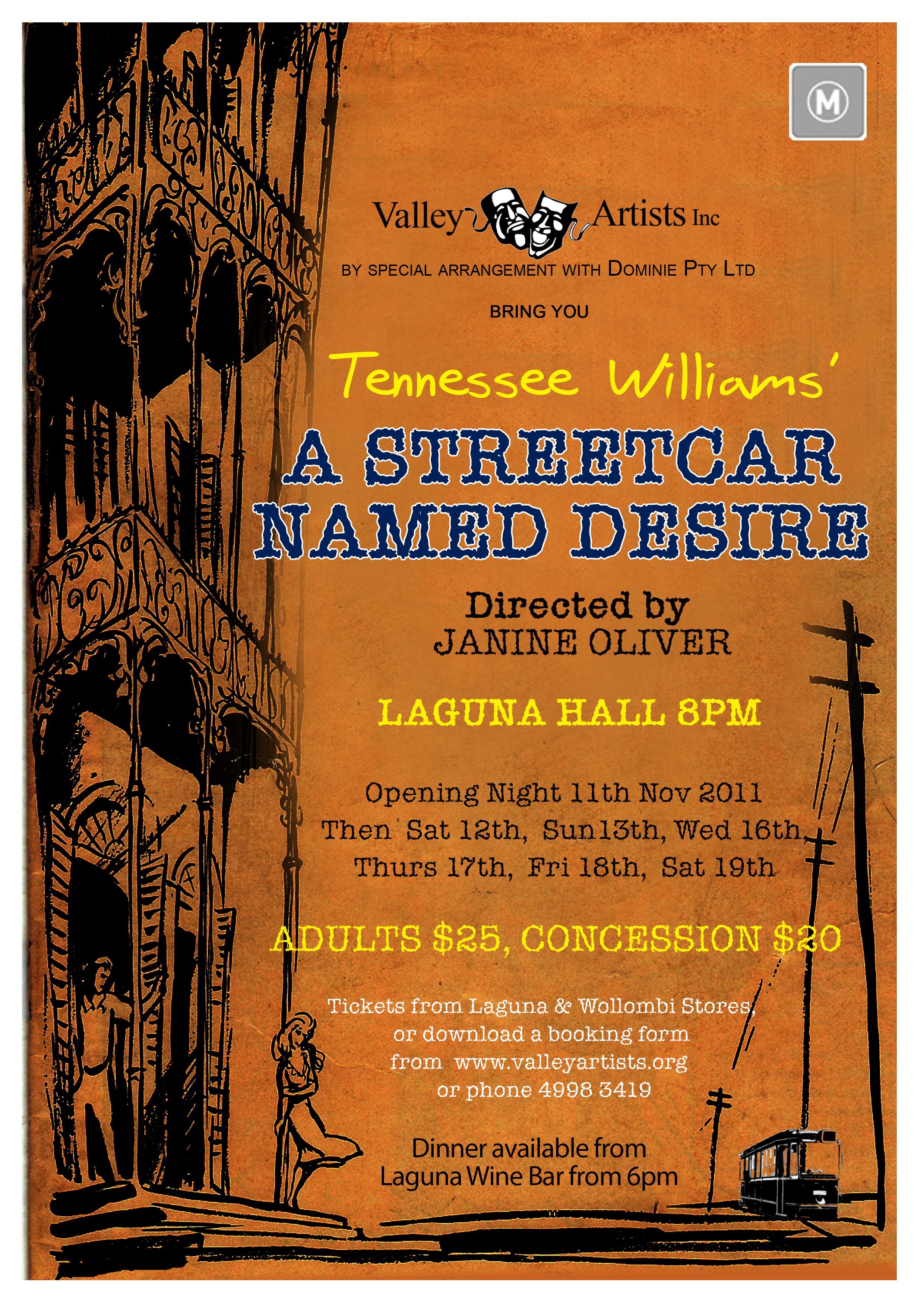 One of the reasons that ‘desire’ became famous was because it dealt openly with sexual matters. And that was just after World War II.

The backdrop: New Orleans has a remarkable cultural heritage and this has made it a city of great paradoxes. By turns swampy and swanky, it’s a city where sadness and joy are embraced with equal gusto; where a history of startling opportunity has played out against economic despair; where the legacy of slavery looms, but exists against a backdrop of strong civil rights and inimitable joie de vivre. Jazz, cocktails, vibrant cuisine and Mardi Gras celebrations are all products of this diversity and part of what makes New Orleans unlike any other city in the world. Elysian Fields, where Stanley and Stella live in Streetcar, is actually a few blocks away from the Quarter, in the Faubourg Marigny, a bohemian (and particularly gay-friendly) neighbourhood beginning at Esplanade Avenue that was originally established as the first Creole suburb in New Orleans.

Desire: The famous New Orleans streetcar line immortalised in Tennessee Williams’s play is the oldest continuously operating street railway line in the United States.  It began service in 1835, with cars pulled by mules. The Desire line was established in 1920.  Its route ran from Canal and Bourbon, down Bourbon, Pauger, Dauphine, Desire, Tonti, France, and Royal to Canal, servicing the bar and nightclub section of the French Quarter. In the 1930s, miles of streetcar track were covered to make room for buses.  The Desire line was discontinued in 1948, to be replaced by a bus line also named Desire.